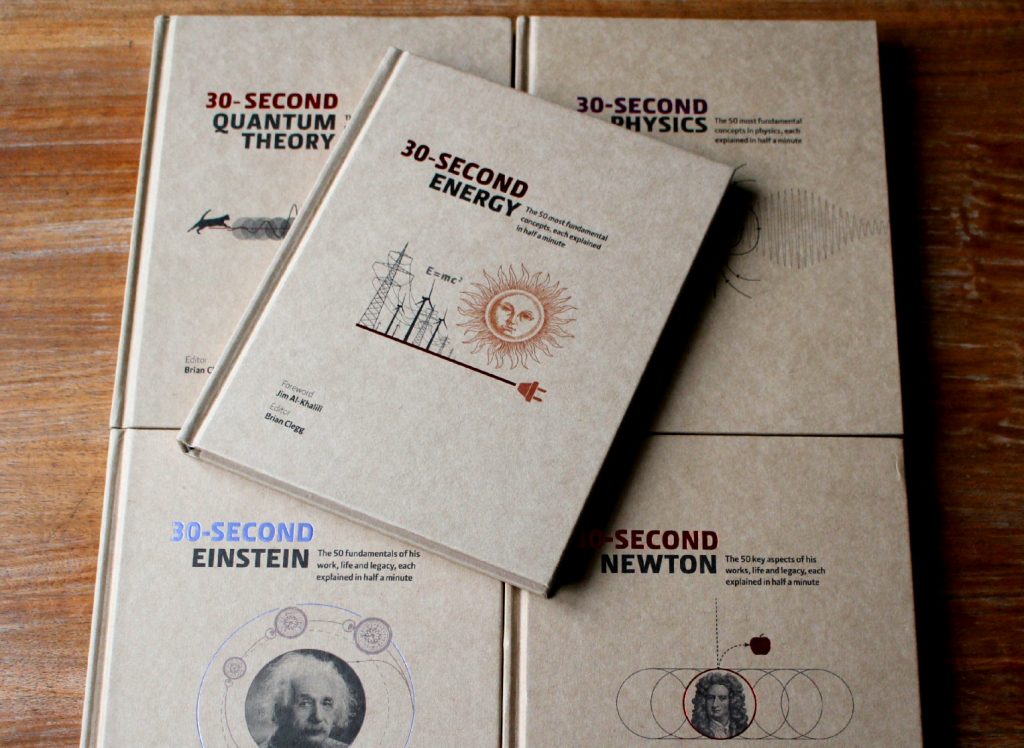 The popular series of “30-second” books from Ivy Press has been running for several years now. Next month sees the latest in the sub-series of physics-related titles edited by Brian Clegg. This is 30-second Energy, following on from 30-second Quantum Theory, 30-second Physics, 30-second Newton and 30-second Einstein. As with those earlier books, 30-second Energy includes contributions from myself as well as from Brian and several other authors.

30-second Energy is a slight departure from the previous titles in that it’s more about practical applications of physics than theory or academic research. That means that (as with virtually anything “useful” that comes out of physics), many people won’t even realize that it is physics! That’s not necessarily a bad thing, since readers who wouldn’t dream of buying 30-second Quantum Theory or 30-second Newton might still be attracted by 30-second Energy.

This book differs from the previous four in another way too. It’s the first to include a Foreword by a “big name” – in this case, Jim Al-Khalili. Apart from that, it’s very much the same style as the others – about 60 double-page spreads of get-to-the-point-quickly text and lavish full-colour illustrations. As I’ve said before though, “30 seconds” is a slight exaggeration – it will probably take you at least 90 seconds to read each of the entries properly!

In all, 30-second Energy contains 8 contributions by me, on “Kinetic Energy”, “Potential Energy”, External Combustion”, “Internal Combustion”, “Turbines”, “Fission”, “Fusion” and “Batteries”. The book is published on 1 March 2018, and you can see its Amazon UK listing by clicking on the following link:

30-Second Energy: The 50 most fundamental concepts in energy, each explained in half a minute

Under the slightly different title of Know-It-All Energy, the book is already on sale in North America. Here is a link to its Amazon.com listing:

Know It All Energy: The 50 Most Elemental Concepts in Energy, Each Explained in Under a Minute