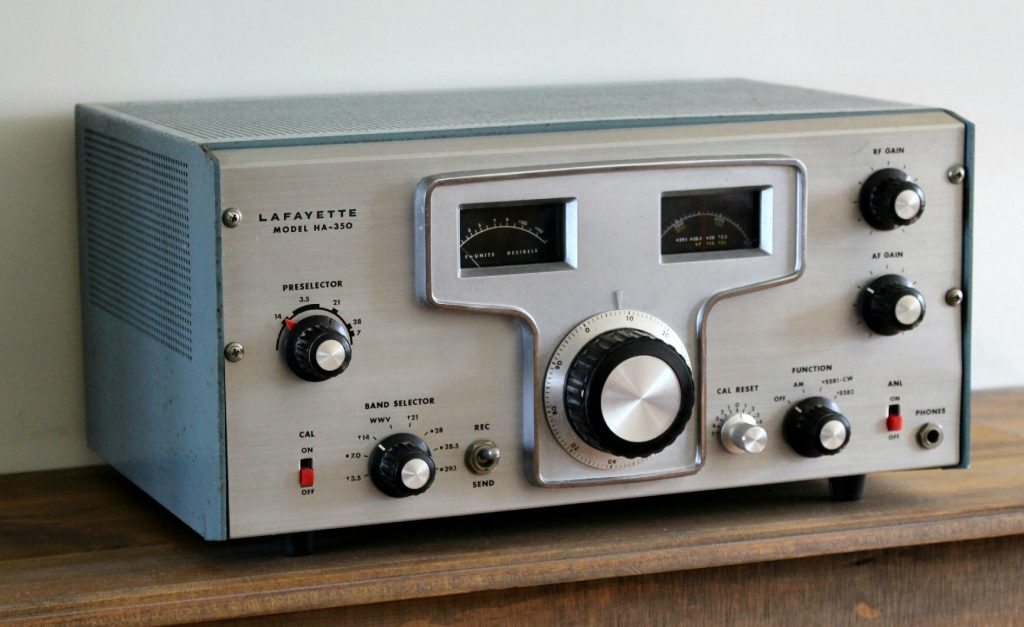 Here is one of the most prized possessions of my high-school years – a Lafayette HA-350 amateur band receiver. In the days before home computers, amateur radio was a popular pastime among nerdy teenagers – right up there with reading comic-books (in fact, early issues of Marvel Comics featured occasional appearances by a group of young “radio hams” called the Teen Brigade). Nowadays, amateur radio is recognized as a valid educational activity – with, for example , astronauts on the ISS regularly using it to make contact with schools all round the world. That’s an opportunity I would have loved to have had – but as it was, teachers in those days tended to look down on amateur radio, just as they did on comic books, as a waste of kids’ time.

I didn’t have enough perspective at the time to dispute that view. In hindsight, however, it really is a very educational pastime. I had a map of the world on my wall with pins in it showing all the countries I’d listened to – giving me a much better understanding of geography than most teenagers have. I didn’t have a licence to transmit – you had to understand Morse code for that – but I was an avid listener and a member of the International Short Wave League (my membership ID was G-14007 – I was very pleased with the “007” part). Amongst other things, the ISWL ran a QSL bureau, through which radio hams would send you cards acknowledging reception reports you sent them.

Here are a few examples. To start with, four countries I bet most teenagers in 1972-3 wouldn’t even have been able to find on a map – Monaco, San Marino, U.A.E. and Oman: 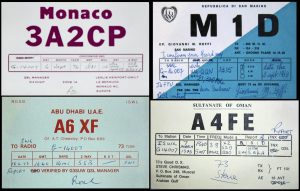 Now for some DX (i.e. long-distance) countries – Argentina, Bolivia, Australia and Malaysia (in these days of satellites and the internet, it’s easy to forget that radio waves normally travel in a straight line – so hearing someone on the other side of the planet is an impressive feat): 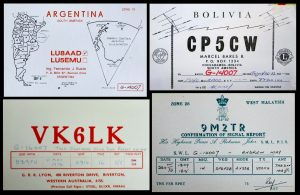 In geopolitical terms, the period we’re talking about was the height of the Cold War – but as a shortwave listener, I had no difficulty hearing both sides of the east-west divide. Here are two cards each from the USA and the USSR: 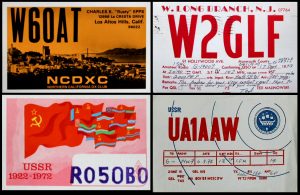 It was in the context of shortwave listening that I first saw my name in print – with an SWL report in the September 1973 issue of Practical Wireless magazine (reproduced below). The YV5 prefix that appears three times in this list refers to Venezuela, while 4X and 4Z are both Israel. The last two are from Africa – 5U is Niger and 6W is Senegal. In the course of 1973 I heard no fewer than 303 different prefixes – as you can see from my entry in the “ladder” printed in Short Wave Magazine in March 1974.