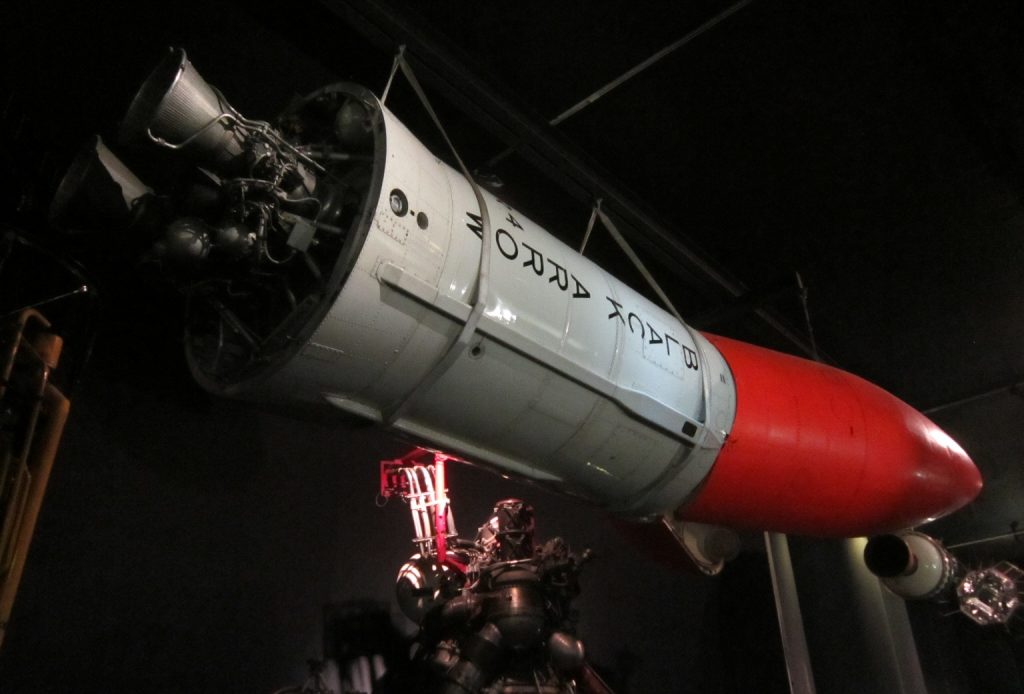 When I first started reading about space travel, as a child in the 1960s, it was “common knowledge” that Britain would be the third country to launch a human into orbit, after the Soviet Union and the United States. In hindsight, I guess this extrapolated from the fact that we were the third to explode an atom bomb (in 1952) and a hydrogen bomb (in 1957). But when it came to spaceflight, the British government just wasn’t in the same kind of rush it was with nuclear weapons.

We did manage to launch an unmanned satellite using purely indigenous technology – the Black Arrow rocket, which put the Prospero satellite into orbit in October 1971. But that wasn’t third, behind just the Soviets and the Americans – it was sixth, after the French, Japanese and Chinese as well. And it was a one-off – the next Black Arrow to come off the production line never left the ground. It’s on display in the Science Museum in London, as you can see in the above photograph (the picture shows just the upper stage and payload shroud – the latter being partially open, which is why the rocket looks slightly bent).

Several British-born astronauts have been into space, starting with Helen Sharman in 1991. But until very recently, they all did so with the blessing (and investment) of someone other than Her Majesty’s Government. It was only in December 2015 that the first truly British-sponsored astronaut – Major Tim Peake of the European Space Agency – made it into orbit. Of course, that doesn’t detract from the fact that Major Tim is a true British hero (or a true European hero, if the word “British” is too jingoistic these days). He’s even set to get a couple of mentions in my next book. I’ll provide more detail about it in a future blog post, but for the moment I’ll just say that it’s on a spaceflight-related subject, and it’s due to be published by Icon Books this summer.

As of last month, the Soyuz capsule that carried Tim Peake to and from the International Space Station is also on display in the Science Museum, on the same floor as the Black Arrow rocket. I went to see it yesterday, and a couple of views of it can be seen in the picture below. This wasn’t the first time I’d come face to face with a Soyuz re-entry module – I saw one at the Museum of Cosmonautics in Moscow in 1997. But I’d forgotten how tiny (and vaguely Victorian-looking) they are! 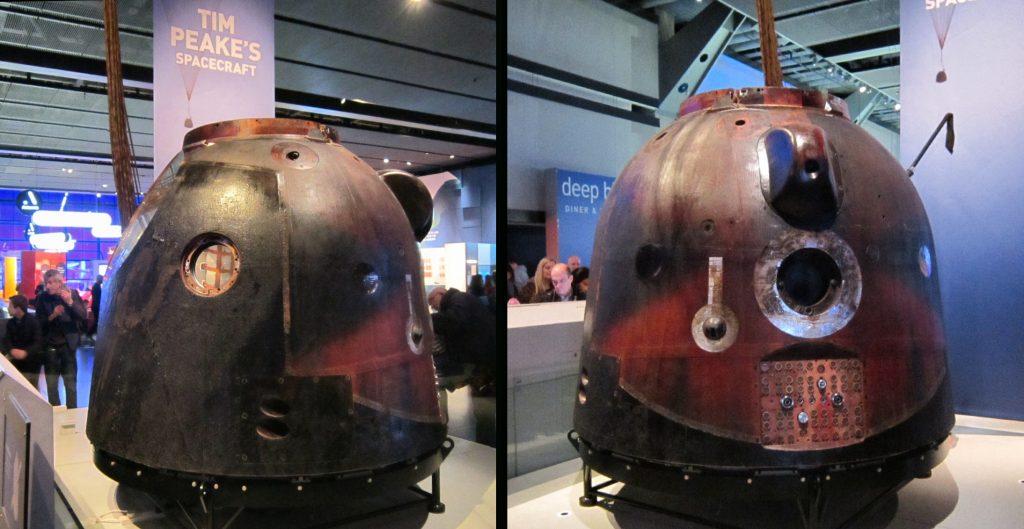 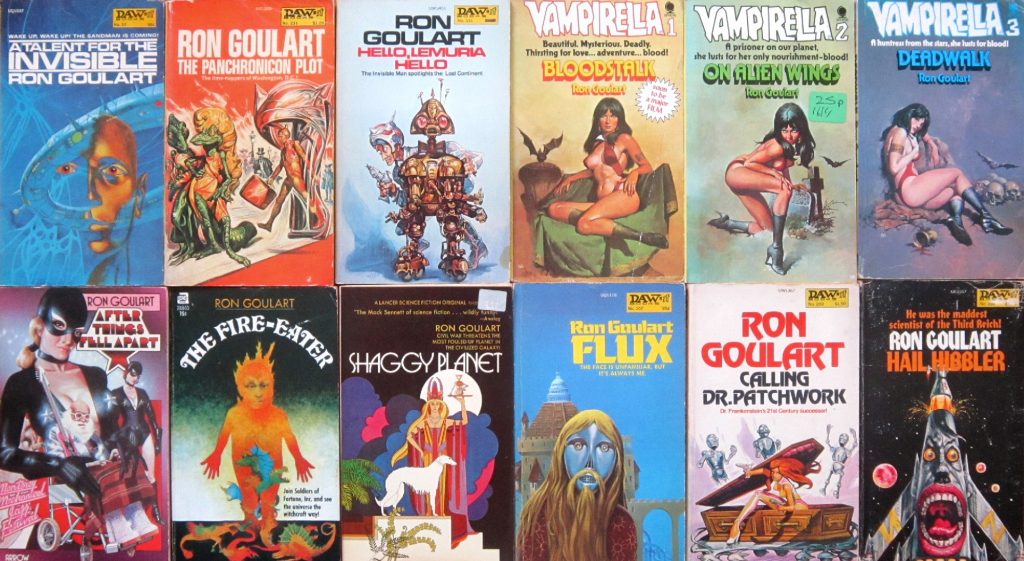