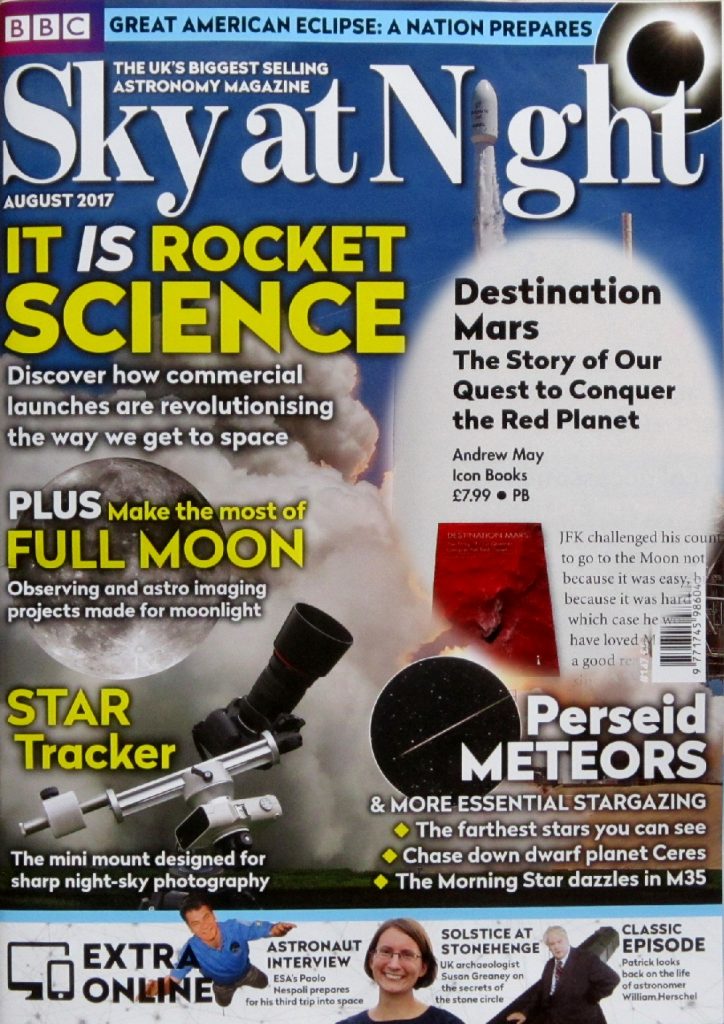 I don’t often buy the BBC’s Sky at Night magazine, chiefly because of its ridiculously high cover price (more on which later). I do, however, regularly exercise my democratic right to browse through its contents in W. H. Smith’s. So I was pleasantly surprised to discover that the latest issue contains a prominently placed review of my book Destination Mars. I was less happy that the reviewer only gave it 3 out of 5 stars, but it was enough to prompt me to buy the magazine anyway.

Actually it’s not a bad review. The reviewer (who works for the European Space Agency, and hence presumably knows a lot more about the subject than I do) doesn’t make any really negative points – it’s more like one of my school reports that always seemed to say “could do better”. The three-star rating is defined as “average” – which I guess means 50% of all the books ever written are better than mine and 50% are worse. So I can’t really complain (though I like four star reviews better).

In any case, there’s no such thing as bad publicity. This is only the second time anything of mine has been reviewed in print, following the review in Fortean Times earlier this year. And the Sky at Night magazine has almost 10,000 more readers than FT (source).

There’s another point I ought to bring to your attention. The BBC magazine costs £5.20 per issue, which strikes me as extortionately high for something that only has 100 pages and is packed with advertisements. My book has 160 pages (and the only advertisement is for another book in the same series), yet its cover price is only £7.99. If you follow this link to its Amazon page, you’ll find that some sellers have it even cheaper than that.